Despite what many believe, turtles are not low maintenance pets, they take a fair amount of dedication and time and can be rather expensive to maintain. They are however interesting and entertaining pets that will be with you for years to come.

Those considering turtles should keep in mind that they are a very long term commitment, turtles can live 50-100 years. Turtles must have exposure to ultraviolet light – this can be accomplished through either direct exposure to the sun or by using special lights made for reptiles. Most turtles grow quite large and will need a tank or pen to accommodate this growth. They need not only commercial turtle food but also fresh fruits and vegetables. Turtles, especially water turtles, tend to be smelly and get dirty quite quickly, frequent cleanings are necessary and large aquariums for water turtles can cost a bit to run. Turtles, especially young turtles, carry salmonella which could make a person very sick, thorough hand washing is mandatory after touching one. Turtles are not a good choice for a child’s pet as not only do they cause a health risk, they are fair too high maintenance and a turtle could easily bite.

The most common pet turtles are the red-eared slider (also called the red-eared terrapin). Russian tortoises, box turtles, painted turtles and mud turtles. Red-ear sliders and painted turtles are related and are both semi-aquatic. The slider is probably the most often seen in pet stores and is definitely one of the most popular. A slider can grow quite large, up to 11 inches, which means they will eventually need a fairly big tank. Both the slider and the painted are omnivores, so need both meat and fresh vegetables. They can be feed commercial turtle food, along with some fresh foods, such as live goldfish, raw fish such as shrimp, fresh lettuce and other vegetables. Painted turtles are far more vibrant than many of the other turtles with colourful markings on their shell and yellow and red stripes down their neck and legs. They can grow up to 10 inches. Compared to some of the other turtles, semi-aquatic ones are a bit more difficult and time consuming due to their more specialized environment needs.

Box turtles are another very popular type of pet turtle. In the wild they live in mossy damp areas and this environment should be reproduced for them in their pen. These turtles are also omnivores and eat a variety of food from insects, lettuce, berries and other fresh vegetables and fruits. The Box turtle lives completely on land and an outdoor pen works wonderfully for them. The pen should offer a sunny spot for basking and shade to relax in. During the winter they will dig into the mud and hibernate.

Mud Turtles are much smaller, never growing more than 5 inches, they live in muddy or sandy places. They can be kept inside or out. Inside, they should have a large tank set up to mimic their natural environment. Outside, a pen with a mud area and covered area works well. Like the box turtle they also will hibernate in winter if they are kept outside. They too are omnivores and have a similar diet as the box turtle. Mud turtles make wonderful pets.

The Russian Tortoise is small for a tortoise, only reaching 10 inches. A herbivore, eating a variety of grasses, fruits and vegetables. They are happiest outside but can be kept inside is needed. They need a big pen that has something on the floor they can burrow into, they also enjoy having stuff to climb over. They too will hibernate if keep outside during the winter.

Turtles do take some dedication but they are such beautiful and amazing creatures that for many people they are well worth the effort. Land turtles are far easy and cheaper to care for then semi-aquatic turtles and turtles that are kept outside are even easier to care for as they don’t have the odour problems indoor turtles often have. Care should always be taken when housing turtles, especially young ones when outside, as they do have a few natural predators. 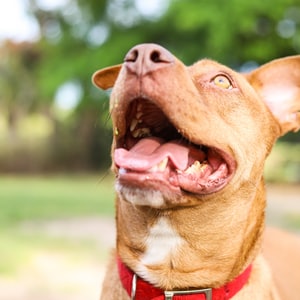