When I started keeping bees at the turn of the century, the choice of hive here in the UK was National or WBC or, if you had bigger ambitions, Commercial. The Langstroth was regarded as unnecessarily American and anything made from straw was merely quaint at best, and at worst, a disaster waiting to happen. Now, less than 20 years later, we also have the Warré, the horizontal top bar hive, the Lazutin, the ZEST and other deep boxes, and for straw lovers, some interesting variants on the skep. This has created two new problems for the beginner: which hive to start with and how to persuade bees into it.

In those days it was easy: the National was the go-to choice because of its ubiquity. Those who liked the look of the WBC and were not put off by the extra work could still use the same frames, albeit fewer of them. You paid around £25 for an overwintered nuc and about twice that for a hive and in a flash you were a new beekeeper.

Somehow, in the intervening couple of decades, prices of nucs doubled, and doubled again, and again, and prices of the woodenware also increased, such that there is now a significant cost to starting in beekeeping. If you go down the conventional route: you can expect to lay down around £500 for a hive with bees and basic kit.

If you take the road less travelled and build your own top bar hive – vertical or horizontal – you can certainly save money on hardware, but now you have another problem: how to get bees into your hive, given that a standard 5-frame nuc will not fit into your odd-shaped box, and suitable nucs are as rare as hen’s teeth.

When I began to teach beginners about top bar hives, we used a rather brutal technique that we called “crop and chop”, which involved performing drastic and irreversible surgery on the frames and combs of a standard nuc in order to force it to fit the trapezoidal form of a horizontal top bar hive. It worked reasonably well, but required a bee-proof covering over and around the de-framed bars and was significantly messy if there was a full frame of brood to deal with. A better method had to be found.

My standard advice was – and still is – if possible, start with a swarm. Ideally, start by baiting a swarm directly into your hive, as this provides strong evidence that by choosing to be there, they consider it high on their list of ideal homes and they are more likely to thrive than not. Swarms can be attracted to hives by baiting them with some empty comb from another (healthy) hive, rubbing wax and propolis around the woodwork, and by adding a few drops of my Magic Swarm Bait, which comprises one part geranium essential oil to two parts lemongrass oil.

The great thing about swarm baiting is that you can set up a number of boxes that are really just small hives – 10-12 bars is good for a TBH bait box – and place them in several different locations to multiply your chances of success. The not-so-great thing is that you are relying on bees finding your boxes, which is quite likely in an area containing a fair number of beekeepers, but progressively less likely the further you are away from civilization. If you are more than a couple of miles from other beehives or wild-living colonies, your chances diminish exponentially (I suspect that it follows the inverse square law: your chances are inversely proportional to the square of the distance from the nearest apiary).

You can become proactive and put yourself about as a swarm catcher, which may produce a better outcome, providing you don’t mind dealing with multiple enquiries about bumblebees under sheds, hoverflies masquerading as bees and actual honeybees that have taken up residence in chimneys, attics and walls. Not to mention wasps and hornets. With luck, at least once per season, you will be offered a football-sized, prime swarm, hanging from the horizontal branch of an apple tree, conveniently at shoulder height. This is the one to install in your horizontal top bar hive, by pouring it into the box as if it were liquid, or running it up a slope into your Warré. These bees are in perfect condition to get you off to a great start: full of honey and enthusiasm, they will get busy building combs and all you need to do is watch in awe.

But supposing the season is passing you by and no swarm has appeared. You desperately want to get started, and you are looking at ads for nucs, which you suspect are headed by an imported queen. Or perhaps a friend has bees in their National, which are looking like they may have swarmy ambitions. How can you get bees from frames to top bars without hacking through wood and brood? Is it even possible?

Luckiy, it is not only possible, but quite easy to perform.

For a ‘standard’ top bar hive (using 17″ bars) you need temporary access to – or ownership of – a National hive brood box containing 5-8 good frames of bees and brood, with or without a honey super. This can be a nuc that you have bought and placed into a full-size brood box, or it could be a friend’s hive that they don’t mind you playing with. (I should say that this operation can also be performed as described using Langstroth or any other type of frame hive, provided the bars in your TBH are the same length as those in the frame hive.)

The method is as follows:

Now you have a queen-right colony in your top bar hive, with foragers bringing in food as if nothing has happened, and a queenless colony in the National, with the resources to make themselves a new queen (check they have eggs and newly-emerged larvae). Unless there is a flow on, I suggest you feed both colonies at this point: one needs to build comb, while the other needs to draw make a queen.

The principle we are exploiting here is the ability of bees to return to the exact point in space where they know their home to be – or to have been when they left to look for food. This can be used tomove bees from literally any hive to any other, provided the new box can be substituted for the old. The additional step of persuading them to build suitably movable combs in advance of the transfer makes the process easier, but is not essential. You may need to balance the populations in old and new colonies, which is where your judgement as a beekeeper comes into play.

Transferring a colony from frames to a Warré could be done by similar means, but you would have to make some special frames and blank off the areas either side, to prevent comb being built where it will not fit. An easier method – especially during the build-up period – is to place the National brood box on top of a Warré box, with a plywood ‘mask’ in between to reduce the aperture to 250mm and division boards in the National to prevent sideways expansion. The entrance should be below the lower box. Comb-builders will get busy to enable downward expansion, and if you place two or more boxes under the first, you can leave the National in place until it becomes back-filled with honey. Strap it down, as the arrangement is inherently top-heavy.

A general principle that I discovered the hard way is that it is no use placing an empty box – even one that contains starter strips of foundation – above an occupied hive. More likely than not, they will refuse to start from the top and work down as you might expect, but will instead build combs upwards, and in all manner of irregular shapes – from the tops of the frames in the lower box. The resulting mess will take you some time and probably much cursing to deal with.

It may have occurred to you that this process also has the effect of creating a virtually Varroa-free new colony, since most of the mites will be sealed into brood cells in the frame hive. (You can work out for yourself how this may be adapted as a mite control technique.) Conversely, this means that you may be storing up a parasite problem in your frame hive, which may need dealing with before it becomes serious. The 3+ week period with no new brood will, however, play in your favour, because the mites will have a diminishing number of brood cells to occupy and will be exposed to simple bio-mechanical treatments, such as powdered sugar, as well as to the grooming activity of the bees themselves.

If you are intending to move bees from frames to top bars regularly – as a service to your local beekeeping group, for example – it is worth building a conversion hive for the purpose. This is simply a long frame hive, equivalent to at least two brood boxes side-by-side, which holds a strong, even-tempered, prolific colony, whose job it is to build combs on top bars placed between pairs of frames. With a constant source of food, they will be able to build 3-4 starter combs per week throughout the early-to-mid summer without raising a sweat, reducing somewhat later in the season. You will probably want to run this hive together with a modest queen-rearing programme, so you can populate hives with a queen of known heritage and not have to rely on emergency or swarm queens.

Sometimes, we create problems for ourselves by attempting to perform operations that our bees would prefer we hadn’t thought of. Careful observation of bee behaviour will save you from inflicting the worst of these on your colonies, but we fall in love with our ideas, so our teacher is most often the harsh mistress named Experience. 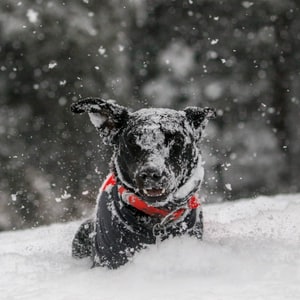